Other Ways to Support

Other Ways to Support

The success and influence of the Crimson Tide Foundation is ultimately dependent on donations from Crimson Tide fans and UA alumni from all over the world. Through this page, you can learn more about any specific fund or sport and securely submit donations at any level. 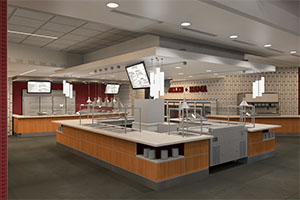 Alabama Athletics is constantly evaluating ways to improve our student-athletes' experience at the University of Alabama as well as the ways that we can help them be champions on and off the fields and courts. The nutrition program for our student-athletes is vital to their health and performance. The Athletics Department is excited about the work that has begun on a comprehensive 2-story dining facility. Once complete, the 22,000 square foot facility will be the nutrition hub for our over 500 student-athletes as it will serve all sports.

A project like this will truly enhance our student-athletes experience as we will be able to provide a space for all team meals before games and consistently meet their individual and team nutritional needs. The current estimate for this project is approximately $14 million dollars and we will certainly need your help to make this a reality. If you are interested in supporting the new Nutrition/Dining Facility, please contact the Foundation at ctf@ia.ua.edu or 205-348-9727. 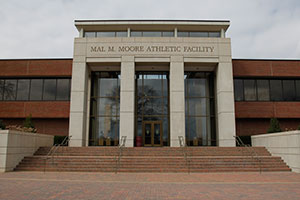 Maintaining and improving our 16 Athletics buildings and facilities is a never-ending task. The stadiums, practice facilities, complexes and arenas are constantly in use and always in need of improvements as well as general maintenance and cleaning. The Buildings and Facilities Fund serves the training and competition needs of more than 500 student-athletes each day. Additionally, the quality of our infrastructure enhances our Coaches' ability to recruit the top student-athletes to the University of Alabama. Give now to the Buildings and Facilities fund.

The Lockers of Legacy Initiative, a locker naming rights program, was launched by the A-Club Alumni Association in early December 2014. The Initiative is an exclusive opportunity to recognize former University of Alabama football lettermen, coaches, managers, and trainers. If you are a football letterman and have any questions about the Lockers of Legacy Initiative, please contact the A-Club at aclub@ia.ua.edu. 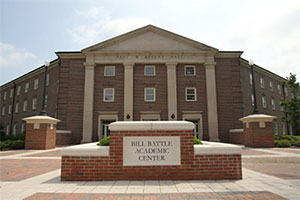 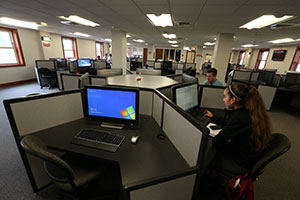 The secret behind the academic success for Crimson Tide athletes is the Bill Battle Academic Center in Paul W. Bryant Hall. The Center's staff of 10 full-time employees is bolstered by five academic interns and more than 90 part-time tutors. The facility includes study rooms with computers, three multimedia classrooms, and two computer labs. Give now to the Bill Battle Academic Center. 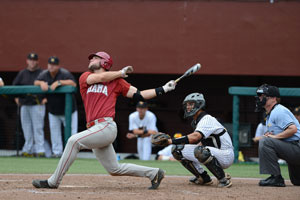 Sewell-Thomas Stadium recently underwent extensive renovations and moved from one of the lowest rated baseball stadiums in the SEC to one that makes Alabama Baseball proud. The stadium now provides enhanced game day experience for players and fans complete with new concession areas, a team store, skyboxes, clubs, a new press box, a family area with playground, and an Alabama Baseball Hall of Fame. The $42 million renovation of Sewell-Thomas Stadium ensures that Alabama Baseball has the resources needed to have the opportunity to recruit the best players and compete for championships on the conference and national levels. Athletics Administration was aware that the renovations to the Stadium needed to be completed as soon as possible to give Alabama's oldest sport the opportunity to be competitive, so construction began while funds were still being raised. To that end, the goal for funding the Sewell-Thomas renovation and expansion is not complete. Please call 205-348-9727 if you are interested in making a pledge to the Sewell-Thomas Stadium Building Fund. 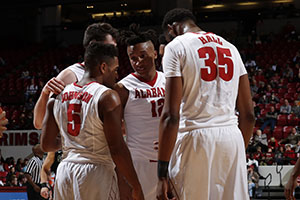 The Alabama men's basketball program ranks second in the Southeastern Conference in league wins (757), winning percentage (.567) and tournament titles (6), trailing only Kentucky in all three categories. The Crimson Tide also ranks second in the league behind the Wildcats in overall wins (1,617) and is third behind Kentucky and Arkansas in overall winning percentage (.619). Newly appointed men's basketball head coach Avery Johnson is looking to return the program to the top while also continuing the tradition of academic and athletic excellence for his players. Johnson has had success everywhere he's been – in college where he twice led the NCAA in assists and still holds Division I assist records, to a successful 16-year NBA career highlighted by hitting the series-clinching shot to help lead the San Antonio Spurs to the 1999 NBA title, followed by racking up 254 wins in seven seasons as an NBA head coach, including being named the 2006 NBA Coach of the Year. Support this program's growth and success by making a contribution to the Men's Basketball Gift Fund. 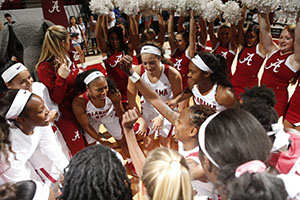 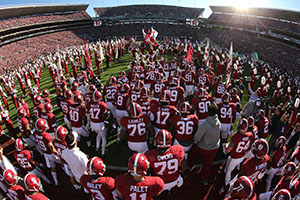 The football program at the University of Alabama is one of the most storied in collegiate athletics. With 15 national championships and 24 SEC titles, the Alabama Crimson Tide is built on a tradition of excellence and unrivaled success. It takes tremendous resources for Nick Saban's team to stay at the top of the college football ranks. You can be part of the success by making a gift to the Football Gift Fund. 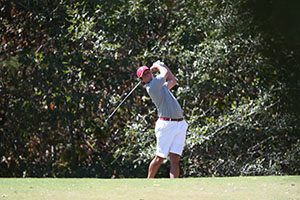 The Alabama Crimson Tide men's golf program has a rich history that dates back to the program's inception in 1952. The Men's Golf team celebrated back-to-back national titles in 2013 and 2014 and has won five SEC Championships including three back-to-back (2012, 2013 and 2014). Housed in the Jerry Pate Center, and coached by Jay Seawell, the Men's Golf program is nationally recognized for its excellence on the course and in the classroom. Support this growing program today with a gift to the Men's Golf Gift Fund. 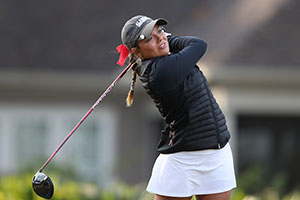 Alabama first had a women's golf team in 1974, and since his arrival in 2006, Mic Potter has built Alabama into a national contender. In 2010, Alabama won the SEC Women's Golf Championship and posted a then school-best third-place finish at the NCAA Championships. In 2011, the Crimson Tide won its first NCAA Regional title in school history, and qualified for the 2011 NCAA Golf Championship. In 2012, the Tide won its first-ever NCAA Championship. The championship was the first for the University of Alabama in a sport other than football or gymnastics. The Crimson Tide continued its success by winning the SEC Championship in 2013 and most recently 2016. Support this winning program by contributing to the Women's Golf Gift Fund. 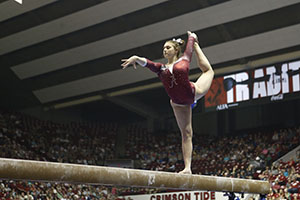 The Alabama women's gymnastics program is built on a tradition of excellence and a legacy of champions that includes six NCAA Championships, with back-to-back titles in 2011 and 2012, and nine SEC titles, including back-to-back titles in 2014 and 2015, as well as four of the last eight. Alabama gymnastics has also earned 34 consecutive NCAA Championship berths and won an NCAA-record 31 Regional titles. Alabama is the only team in the country to finish in the top four at the NCAA Championships the last eight years in a row, and has finished in the top-3 an NCAA-best 23 times. The Crimson Tide has averaged better than 10,000 fans per meet for the last 13 seasons and more than 12,000 fans the past eight years as well as recording 11 sellouts of more than 15,000 in Coleman Coliseum. Help head coach Dana Duckworth continue to build on a legacy of excellence with a gift in support of UA Gymnastics today! 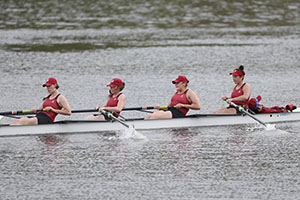 Women's rowing became the newest sport at the University of Alabama in Fall 2006. The second year (2007–2008) of competition surprised many as the Varsity 8 went on to win silver medals at the prestigious Head of the Charles Regatta in Boston, and also the Southern Intercollegiate Rowing Association Championships in Oak Ridge, Tennessee. The Tide again medaled at the Chattanooga Head Race and the Head of the South and recorded several match race victories. The team also landed three boats in the top 10 of their categories at the Dad Vail Regatta in Philadelphia. In 2014, Alabama women's rowing had the official grand opening of the Boathouse at Manderson Landing. Consider a gift to our newest sport and support the growth of the Rowing program at Alabama! Give now to the Rowing Gift Fund. 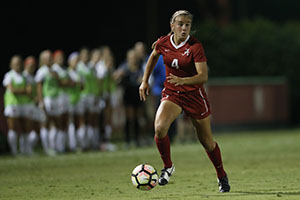 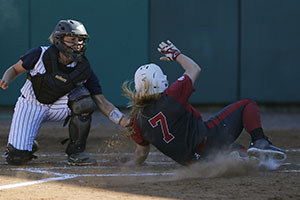 In today's world of collegiate athletics, few can claim to have been at a program since the beginning. Crimson Tide head softball coach Patrick Murphy has been present from the very inception and has led the team to become one of the most consistently successful programs in the nation. From a humble start to a national championship, Murphy has taken Alabama to the top of the college softball world. Additionally, Alabama has become a regular atop the nation's attendance standings, with an ever-growing group of loyal fans who fill the stands at Rhoads Stadium throughout the season. Make a gift in support of Alabama Softball today! 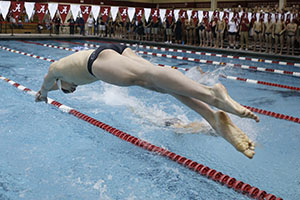 The Crimson Tide men's swimming and diving team is led by head coach Dennis Pursley, an Alabama graduate and one of the sport's legendary figures. Alabama's men celebrated its 50th season during the 2009-10 and has posted more than 30 top-25 NCAA finishes since first breaking into the rankings in 1973. Since Pursley took over as the Tide's head coach prior to the 2012-13 season, the Tide has broken more than half the school records. Since its inception more than a 100 members of Alabama's all-time roster have earned All-America status and the Tide has won 12 individual NCAA Championships. Support UA's Swimming and Diving program! 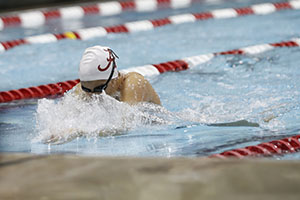 The Crimson Tide women's swimming and diving team is led by head coach Dennis Pursley, an Alabama graduate and one of the sports legendary figures. Alabama's women celebrated the 30th anniversary of Alabama Athletics' first women's SEC team title during the 2015 season and has posted more than 25 top-25 finishes since first breaking into the national rankings in 1975. Since Pursley took over as the Tide's head coach prior to the 2012-13 season, the Tide has broken more than half the school records. Since its inception more than a 100 members of Alabama's all-time roster have earned All-America status and the Tide has won eight individual national championships. Give now to the Women's Swimming & Diving Gift Fund. 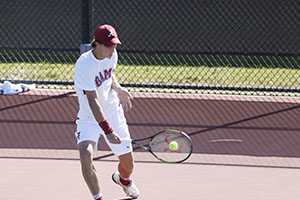 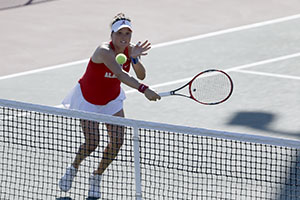 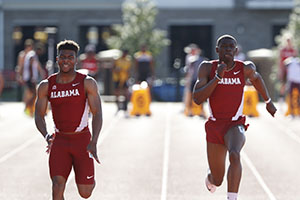 The Crimson Tide men's track and field/cross country program is led by Dan Waters, who took over the program prior to the 2011-12 season. Alabama has posted 37 top-25 national team finishes between the NCAA indoor and outdoor championships, to go with six Southeastern Conference team titles. On the cross country course, Alabama has posted 13 top-25 finishes and won three SEC team titles. The 2014 season also marked the first time in 30 years that the Tide men and women both finished in the top 20 at the indoor and outdoor NCAA Championships in the same year. Give now to the Men's Track & Field, Cross Country Gift Fund. 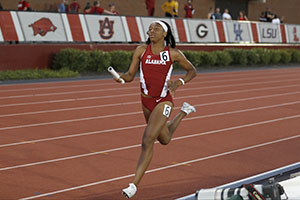 The Crimson Tide women's track and field/cross country program is led by Dan Waters, who took over the program prior to the 2011-12 season. Alabama has posted 34 top-25 national team finishes between the NCAA indoor and outdoor championships, to go with three SEC team titles. On the cross country course, Alabama has posted eight top-25 finishes and won two SEC team titles. The 2014 season marked the first time in 30 years that the Tide men and women both finished in the top 20 at the indoor and outdoor NCAA Championships in the same year. Give now to the Women's Track & Field, Cross Country Gift Fund.